WASHINGTON, D.C. — Last Friday, President Trump issued the nation’s second preliminary Emancipation Proclamation, which declared that as of June 1, 2020, all Americans in pseudo-slave states currently under draconian state or county rule “shall be then, thenceforward, and forever free.” States particularly affected include California, Minnesota, Michigan and Virginia.

Trump’s move comes on the heels of Rebel Leader Elon Musk’s raid of a Tesla plant in Freemont, California. On May 11, Musk led an army of 10,000 into the central California town. He seized tools and machinery in the automotive plant, arming his supporters with the means to work and pay their bills in defiance of oppressive and discriminatory Alameda County lockdown orders.

Tweeting “Now give people back their Freedom!” Musk’s plan is to foment a statewide rebellion in California. 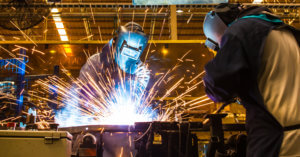