You are here: Home / Entertainment / Urinals on the Wane

Urinals on the Wane
by Untactic Al

$969M in construction contracts were issued yesterday for the removal of urinals from all DoD facilities to be replaced by standard toilets. This initiative parallels a similar but larger series of contracts awarded for all government properties, both domestic and overseas.

Impetus for these unprecedented contacts was provided by the Human Resources section of the Office of Personnel Management (OPM) because of complaints from over 20 government employees in San Francisco and Ottumwa Iowa regarding urinals in male restrooms and latrines. Social gender activists accused urinals of being “andro-centric” and a symbol of male assumed pseudosuperiority and andro-oppression.

One complainant stated that urinals allowed males an unfair advantage since they didn’t have to wait in long lines to relieve themselves thereby placing non-urinal capable people in a subservient position. Males could get back quicker to important meetings to call the shots while non-penis equipped personnel were trapped in a virtual restroom traffic jam.

Another noted that urinal users action of standing creates a power position over others who must sit, which is a method of male power projection and assertion. Everyone should be equal and urinals are a misogynistic symbol of male oppression.

Air Force Finance personnel also identified aircraft urinals and pilot relief tubes as also giving male air crews unfair advantages over non-phallused personnel and stated that men should have to get in line with everyone else.

OPM determined that the injustice of urinals required immediate correction and conversion work will be complete within 12 months of award. Removed urinals will be shipped to Washington D.C. for a “No Dicks Allowed” rally where formerly oppressed humans may participate in a rock throwing destruction ceremony followed by a symbolic urinal bonfire designed to purge participants of the evil created by these white ceramic monsters. 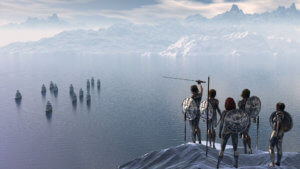 Pictured left: The first shipment of urinals on its way to Washington D.C.

States are expected to follow suit in coming months with legislation banning urinals from all public restrooms and possibly even private sale to individuals.