The E-4 Mafia had been closely following the impeachment proceedings of their Commander in Chief and decided that if it was a viable means of removal of unwanted leaders on Capitol Hill then it could work in the USAF. Team collaboration has long been taught at Airmen Leadership Schools and the E-4s took the lessons, and in effect, “weaponized” them.

Acting as focus group leaders, they engaged the other airmen ranks and influenced their attitudes against toxic leadership via multiple social media platforms. The end result was damning feedback provided to the most recent Air Force Climate Survey (AFCS). Due to the overemphasis by senior leaders on the importance and validity of the AFCS they were forced to take action or appear as ineffective leaders themselves. In the end, some 347 O-5s and above were removed due to “loss of confidence in their ability to lead.”

Celebrations broke out en masse as humiliated officers packed up their “I Love Me” walls, limited edition golf clubs, and skulked out of their ivory palaces. Older NCOs likened it to the Communist cultural purges of the 20th century. It has been reported that replacement commanders are walking on eggshells as mid-level NCOs work to return the Air Force back into what it was designed to be in 1947. 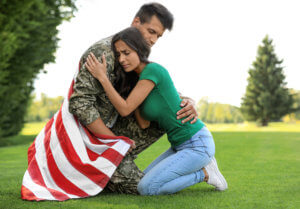 Lt. Col. Dean Smithers is comforted by his wife after being selected as one of the replacement commanders. No more 2-hour “working lunches” at the park with Mrs. Smithers.