Article 107 News was able to procure copies of the detailed design plans, which are unclassified and available to the public under the FOIA (Freedom of Information Act). We shared the plans with aircraft maintenance personnel from all the branches and we provide a sampling of their comments below. PII (Personally Identifiable Information) has been removed.

Sgt J, USA “Typical Air Force. Hot Cocoa maker in the cockpit? A massage chair for the seat? In the Army we are lucky to have one chair for every ten people in an office.”

MM2 K, USN “Where are the tie downs. When the North Pole starts rolling in Sea State 4 that contraption is just going to slide right off into the ocean. Idiot Air Force.”

SSgt R, USAF “Yeah I looked at it. What an abortion. You gotta pull the engines and 10 avionics boxes just to check the oil. Yeah – it was designed by the Air Force. All they cared about was that it looked pretty and fast.”

SSgt B, USMC “I looked at the tooling list and it didn’t call out any hammers. How you going to maintain an aircraft with hammers? OooRah!”

TSgt S USAF “This will be an important addition to our arsenal that will enable the USAF to project lethal airpower on a global scale. Fly, Fight, Win!” (It should be noted that TSgt S was up for promotion at the time of this comment)

MCPO D USN “Has anyone seen my coffee mug? What? I left it at the Gedunk? Ok thanks!”

WO1 USA “Idiots! It has no rotor blades. What’s the point?”

A1C V USAF “I’ll get a jacket made with one on the back with my name on it as the Crew Chief and I will get all sorts of booty and civs thanking me for my service. WooHoo!”

CMSgt C ANG “Damn! Again? Another weapons system to have to fix all the bugs. I’m too old for this crap! Six more months, just gotta get through six more months…”

1LT B USAF “Wow golly gee that’s a bitchin’ airplane. Can I touch one? Please?”

Art 107 News reviewed 67,895 comments, of which 2,433 were positive–all of which were from USAF personnel. The DoD reportedly has launched an investigation in response to concerns regarding the possibility of survey tampering on the part of the Air Force and potential contractors. 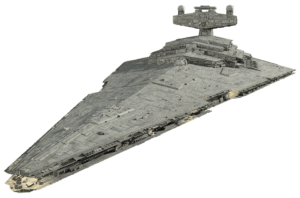 Pictured left and below are two of the early prototypes for the redesign. Neither were ultimately used as testing indicated a 97% reduction in Christmas cheer.