You are here: Home / Politics / Veterans Shocked To Learn That Millions of Liberals Suddenly Care About Who Joins the U.S. Military

Veterans Shocked To Learn That Millions of Liberals Suddenly Care About Who Joins the U.S. Military
by Hugh Jashol

Across the country, members of the U.S. military were shocked this week to learn that millions of American liberals suddenly find it politically expedient to act like they care about who joins the armed services.

Earlier this week, social media platforms across the country lit up with the news about President Trump’s ill-advised Twitter-borne announcement of a “total ban” on transgendered personnel serving in the U.S. military. 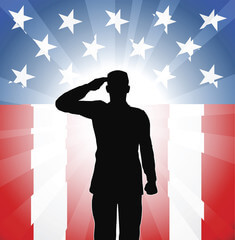 While most liberals (or Americans in general, for that matter) can’t or won’t join the military because patriarchy/colonialism/oppression/whatever, they are suddenly very, very interested in letting other people join. Many veterans we spoke with reacted with surprise to the news that people seem to care about the military again.

“If I would have known this was all it took to make America care about American service members, I would have asked President Bush to do a transgender ban back in October 2001,” said Afghanistan War veteran Bill “Two Stumps” Ferguson, as he attached stubby prostheses to what used to be his legs. “Maybe then the liberal elite in this country would have cared about two major wars we’ve been fighting—and losing—for the last eighteen years.”

“The IED that took my legs took most of my… um… junk too,” he explained, gesturing towards his groin area. “After Iraq, there were a lot of things that never worked quite right again. Our doctors did what they could, including putting me on a regimen of drugs to fight infection, insomnia, PTSD, and erectile dysfunction. And thank goodness that they did. I’m just disappointed that my fellow liberals seem to think that my disability is now something to be mocked.”

Ferguson is referring to the fact that liberals were quick to point out that the Army spends far more on treating erectile dysfunction (ED) in its ranks than it currently does on transgender surgery.  OK…that’s true, if completely unrelated. But then in typical fashion, the Left lumped in every service member and veteran into the “transphobic” bucket of deplorables and gleefully began calling those with ED “limp dicks,” because, you know, mocking veterans with disabilities is a great way to respond to a purely political decision by the President that veterans had no influence over and probably don’t support in the first place. Taking aim at disabled veterans isn’t likely to engender support for one’s political position, but people comparing veteran ED to the President’s ban don’t seem to care.

One group in particular isn’t taking this situation lying down: military spouses. “My husband’s erectile dysfunction is directly related to wounds he suffered in service to our country,” said former U.S. Army Staff Sergeant Scott Pence, who married fellow service member Brian Apollo after “Don’t Ask, Don’t Tell” was repealed in 2011. “As a gay married man, I voted Democrat before, during, and after my military service. So did my husband. So let me tell you how happy it makes me to have liberals, most of whom don’t care one iota about the military, making fun of how much the Army spends on ED and start calling people like my husband “limp dicks.” I’ve got your “limp dick” right here, swinging.”

“I haven’t seen this level of celebrity fake outrage and feigned caring since #BringBackMyGirls,” exclaimed well-known LGBTQXYZ+ activist Brian Manning. “All we need now is for the First Lady to hold up a hashtag sign and we’re golden! Mr. President, PLEASE say that transgendered persons are banned in Iran or Iraq or Saudi Arabia, you know, places where they are genuinely discriminated against and are genuinely unsafe. Maybe that will make liberal Americans start caring about these things too….at least until the next episode of ‘Kardashians.’”

Folks, making fun of people with erectile dysfunction in order to score political points in an argument about transgendered service members is… well… it’s a dick move. #DoBetter, liberals.