HomeEntertainmentWhy Did The Chicken Cross The Road? 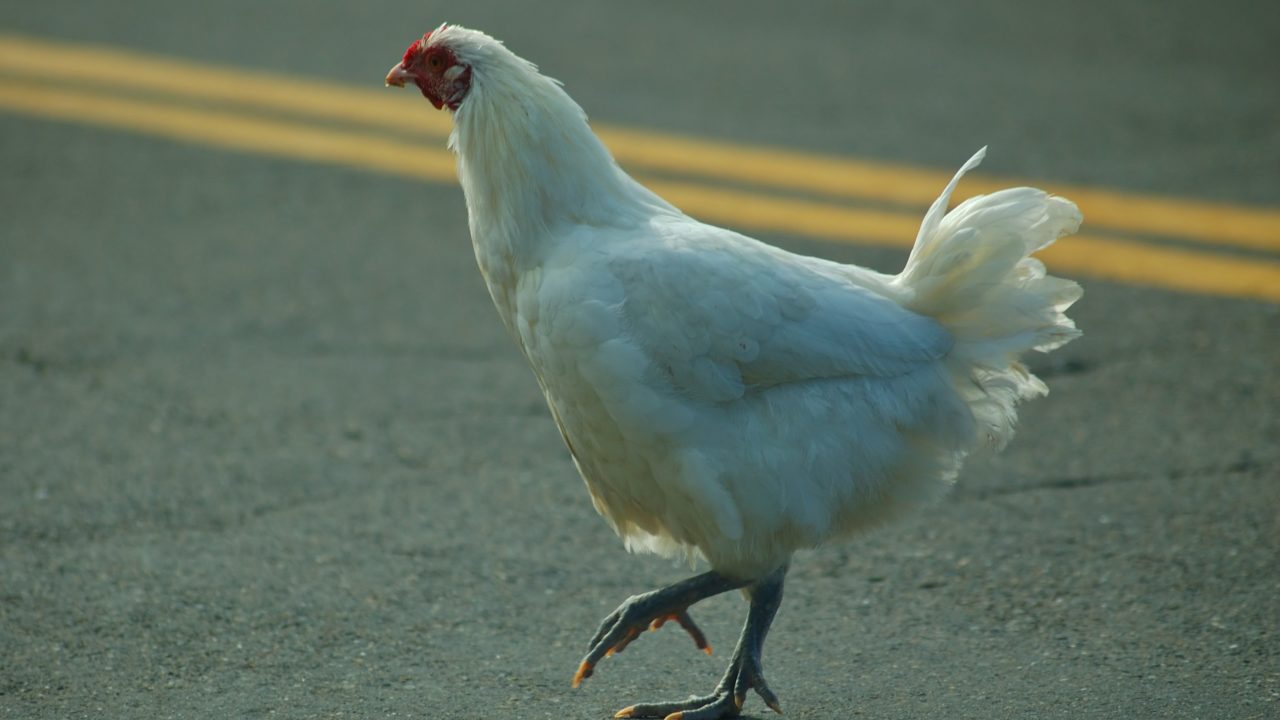 WASHINGTON D.C.– Much “Fake News” has surrounded the age-old question “Why did the chicken cross the road?” Article 107 News’ Untactic Al uncovers the truth!

DONALD TRUMP: I’ve been told by my many sources, good sources – they’re very good sources – that the chicken crossed the road. All the Fake News wants to do is write nasty things about the road, but it’s a really good road. It’s a beautiful road. Everyone knows how beautiful it is. And American chickens are by far the best chickens in the world!

JOE BIDEN: Why did the chicken do the…thing in the…you know the rest. Stop harshing my mellow man.

KAMALA HARRIS: I have no need to go to where the chickens are crossing and being held in cages because it’s not a real problem.

NANCY PELOSI: The chickens have crossed the road and are storming the Capitol. Call out the National Guard to install chicken wire!

CHUCK SCHUMER: Chickens are a threat to the Democrat Party and I never said that Nancy looks like a chicken.

ANTHONY FAUCI: The chickens must mask, even when they are in the coop, and if they want to cross the road they need to double-mask and be vaccinated for chickenpox.

FOX NEWS: CNN is reporting that chickens are crossing the road but they are reporting fake news. Fox News has discovered in fact that the road is being crossed by the chickens.

NEWSMAX: We have it on good authority that the chickens were crossing the road to fill out illegal mail in voting ballots.

NPR: So today we will have a five-hour panel discussion with experts from Harvard and Yale regarding the history of roads and evidence of whether or not any ancient writers documented instances of chickens or other winged fowl having crossed those roads.

THE VIEW: We are outraged that chickens are being forced to cross the road, and it’s all due to men. All men. Men are pigs.

SARAH PALIN: The chicken crossed the road because, gosh-darn it, he’s a maverick!

BARACK OBAMA: Let me be perfectly clear if the chickens like their eggs they can keep their eggs. No chicken will be required to cross the road to surrender her eggs. Period.

MICHELLE OBAMA: Are they crossing the road in Martha’s Vineyard? We are having a birthday party you know.

BERNIE SANDERS: The chickens are making way too much money. Have you seen the price of eggs?

AOC: Chickens should not be forced to lay eggs! This is because of corporate greed! Eggs should be able to lay themselves.

HILLARY CLINTON: What difference at this point does it make why the chicken crossed the road.

BILL CLINTON: I did not have relations with that chicken as it was crossing the road.

GEORGE W. BUSH: We don’t really care why the chicken crossed the road. We just want to know if the chicken is on our side of the road or not. The chicken is either with us or against us. There is no middle ground here.

AL GORE: I invented the chicken.

JOHN KERRY: Although I voted to let the chicken cross the road, I am now against it! It was the wrong road to cross, and I was misled about the chicken’s intentions. I am not for it now and will remain against it.

ANTIFA: Yeah the chickens are crossing the road because we burned down their coop and looted it!

AL SHARPTON: Why are all the chickens white?

ANDERSON COOPER: We have reason to believe there is a chicken, but we have not yet been allowed to have access to the other side of the road.

NANCY GRACE: That chicken crossed the road because he’s guilty! You can see it in his eyes and the way he walks.

PAT BUCHANAN: To steal the job of a decent, hardworking American.

ERNEST HEMINGWAY: To die in the rain, alone.

ARISTOTLE: It is the nature of chickens to cross the road.

KARL MARX: The chickens must form a collective so that the production can be equally distributed to the working classes.

ALBERT EINSTEIN: Did the chicken really cross the road, or did the road move beneath the chicken?

ANY KARDASHIAN: Uh, what’s a chicken?

COLONEL SANDERS: Did I miss one?