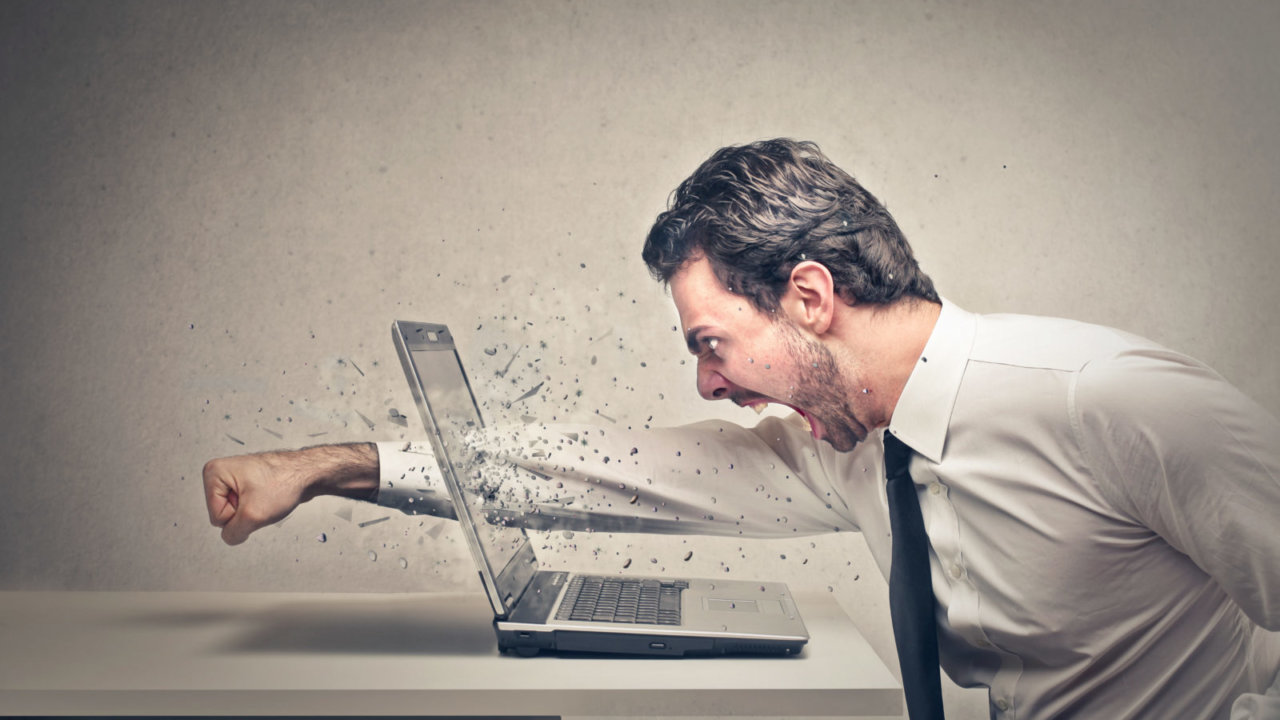 ARLINGTON, VA – Department of Defense officials revealed this morning that followers of the Islamic State, commonly known as ISIS, are in full retreat after coming under fire from a social media campaign of unprecedented size.

“Satellite imagery and our intelligence operatives on the ground confirm that ISIS has all but collapsed,” said Maura Sullivan, Assistant Secretary of Defense for Public Affairs, during an official press briefing. “It’s clear from the trending topics on Facebook, Twitter and Instagram that the so-called caliphate of the Islamic State has been decisively defeated.”

Sullivan presented drone footage taken in northern Iraq showing battle-hardened religious fanatics fleeing from the defensive positions they have spent the past year fortifying after a precision hashtag was dropped just south of the Mosul dam.

Associated Press was able to confirm with local fighters that ISIS has crumbled in the face of the relentless social media onslaught.

“Allah be praised, this is exactly the aid we have begged our erstwhile allies to provide,” proclaimed Muhammad Haji Mahmoud, the legendary Kurdish peshmerga commander who has spent his entire adult life locked into life-or-death combat with heinous, bloodthirsty enemies. “This intense amount of social media activity came just in time. If Joe from Cleveland had not strategically deployed his Facebook meme warning ISIS not the mess with “the wrong Christians”, those madmen might have overrun Kirkuk.”

Mahmoud conceded that he did not fully understand how the seemingly ineffectual outrage posted on the internet from thousands of miles away had such a devastating effect on the decade-long conflict roiling the Middle East. “I will admit that the meme seems more than a little racist, and that maybe it doesn’t make a lot of sense given that the picture represents the Knights Templar, a military order that was destroyed by the Catholic king of France hundreds of years ago, but no one can deny the power that these angry posts have to send ISIS running for the hills.”

Back in the Pentagon, Sullivan acknowledged that the White House was diverting the remaining operational budget for the current campaign of aerial bombardment into Facebook and Twitter analytics.

“The facts on the ground speak for themselves,” Sullivan said as she briefed the number of ISIS defections posted since Anonymous deleted their Twitter accounts. “Even though it takes the average 15-year-old about five minutes to create a new account, all of our sources indicate that ISIS has been irreparably damaged by this innocuous act of sabotage that did not physically affect a single man, rifle or truck. It turns out that the one thing that strikes fear into the hearts of men who are otherwise suicidally dedicated to seeking martyrdom on the battlefield is the prospect of a sick burn from a random stranger, possibly posting from a college dorm.”

Unconfirmed reports emerged this morning that Abu Bakr al-Baghdadi, the reclusive leader of ISIS, had been badly injured or even killed by a tweet deployed from the account of @UNCgirl97 urging “someone” to “do something” about “the peeps in Aleppo!!!!.”

“The unbelievers will burn in the fires of eternal damnation,” unofficial ISIS spokesman Abu Muhammad al-Adnani posted on Reddit before being downvoted into oblivion by a cadre of brave cyber-patriots. “Even if we must retreat to our isolated strongholds in MySpace and LiveJournal, the caliphate shall survive.”