You are here: Home / Military / Cro-Dependa: A New Breed of Military Spouse 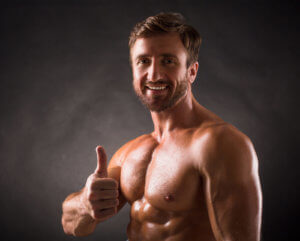 Don’t get it twisted; male Dependas are a thing, too.

When asked how to protect oneself from this new breed of “Dependas” Colonel Conning shrugged. “I honestly have no idea,” he said while watching a young woman in tight yoga pants do box jumps at the local Gold’s Gym.

“We’re not sure how they’re continuously getting the attention and affection of our more educated troops, but they’re still infiltrating base housing in record numbers. One day it’s the cute Cross-Fitting girlfriend of Specialist Sparrow and the next, it’s a Stage Four Dependa calling up the Base Commander because her husband didn’t pass the E5 board. At first we thought that maybe it was something in the base water supply, but all of tests came up negative. We can’t figure it out.”

Colonel Conning informed us that his team of scientists were able to isolate a few key differences between the new Cro-Dependa and the traditional Dependapotomus. “We call them Cro-Dependas because this new breed of Dependa physically resembles the more health-conscious, in-shape modern female the way that Cro-Magnons physically resembled modern Europeans 35,000 years ago. We know that they’ve moved away from strip clubs as their primary mating ground and they’ve stopped having too many offspring prior to meeting a service member.”

“We just can’t figure out where our service members meet them,” Colonel Conning went on to explain as he paid for an overpriced protein smoothie at the gym bar for the same yoga-pant-wearing woman from earlier.  “Not to mention, they’ve gotten smarter, it’s not just the enlisted guys they’re trapping now. It’s the officer elite, like me,” he added, after giving the yoga-pant-wearing woman his phone number.

When asked if the woman he recently gave his number to could possibly be a Cro-Dependa, Colonel Conning shook his head ‘no’ and laughed. “Brenda? No, she’s a physical trainer with an Associate in Liberal Arts. She’s only doing this to put herself through night school.  That’s TOTALLY different.”