FORT BRAGG, NC – Working swiftly to rectify the infraction, sources reported that Command Sergeant Major Hugo LaRoche was removed from his leadership position in the 1st Battalion of the 504th Parachute Infantry Regiment after sending a typo-free email to the battalion staff. 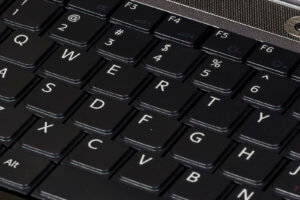 “So…what do we have all of these officers around for, again?”

“I knew right away that we had to act fast,” said Lieutenant Colonel Keith Dobson, the battalion commander. “The moment that email hit my inbox, I knew LaRoche had to go. One of the bedrock principles of the Officer-NCO relationship is that senior NCOs unwittingly justify officer paychecks and pensions by regularly sending out nonsensical, embarrassingly-written orders to our Soldiers. Having an E9 hanging around that speaks and writes above the fifth-grade level is a liability that we just cannot afford.”

The field grade officers in the battalion were quick to support the commander’s decision.

“Jesus, can you imagine the damage this guy could have done?” asked Major Jeffrey Fields, the battalion operations officer. “I mean come on, my masters degree is from the University of Phoenix. There’s no way I can justify keeping the staff here for 14 hours a day if they realize that any reasonably intelligent person could do this job. Can you imagine the chaos that would ensue if junior officers realized that the toughest part of the Command and General Staff College is figuring out how to list it on your LinkedIn profile?”

Others within the unit had mixed reactions to the Sergeant Major’s sudden departure.

“I honestly don’t see what the issue is,” said Captain Greg Jones, the Alpha company commander and one of the recipients of the offending email. “Sergeant Major LaRoche was one of the few points of sanity in the entire unit. He actually cared more about basic rifle marksmanship and PT than police call or how many reflective belts we wear on a daily basis. When he kicked back some of the PCS awards we wrote and I saw that the “corrections” were actually grammatically correct, I wept for joy.”

“Never liked the guy,” said Franklin Woolward, the Bravo company First Sergeant. “Talked too fancy. What you need all them fancy words for? Don’t need no fancy words to run four miles or shoot the Taliban in the face, hooah? You know who did use a lot of fancy words? Hitler.”

In spite of the controversy surrounding the removal of a key leader, all signs indicate that the battalion will soon be back to business as usual.

“I do not hesitate to justificate on the necessitude of this change,” Sergeant Major Reginald Kilroy, the acting command sergeant major, wrote in a recent email. “With this behind us, we can now focus on our number one no-fail mission: Spring Clean-up. HOOAH.”

Are some of you field grade officers our there feeling nervous? Well, you should be… if we can teach Warrant Officers this trick, you guys are out of a job.