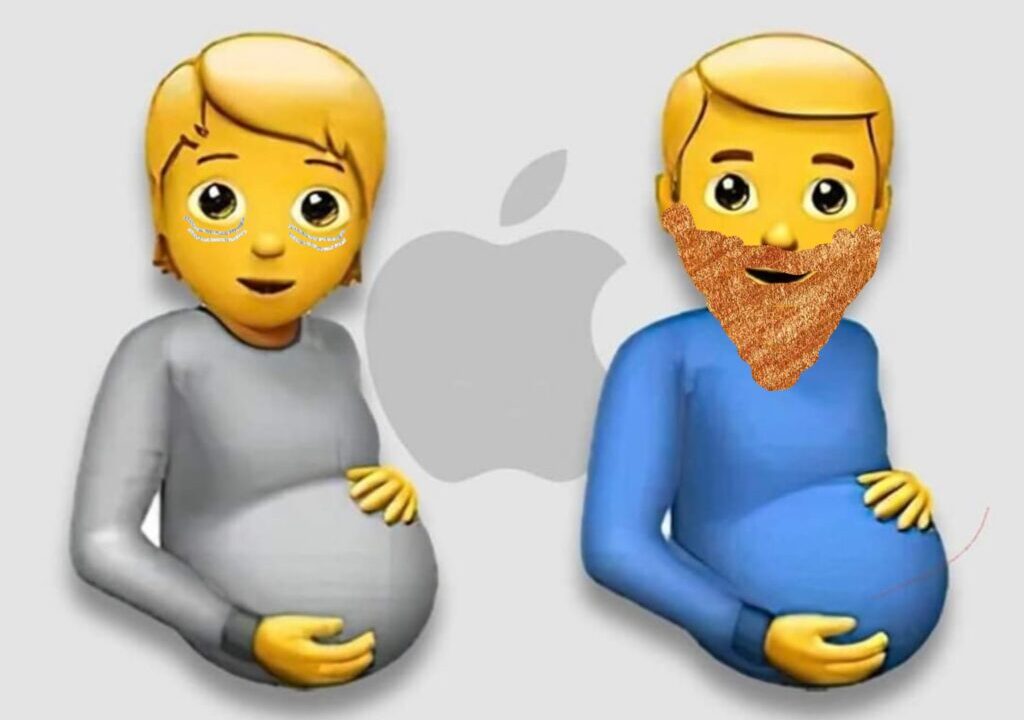 As part of their exhaustive efforts to spread Diversity, Inclusiveness, and Equity on YouTube (DIE YT), Apple recently released two new emojis for use across all of its platforms. The emojis show two very similar orange-hued individuals with very similar protruding bellies, which gave rise to questions about whether or not Apple was expanding the culture wars by portraying a pregnant man.

Apple was quick to correct the record, however. “There are plenty of emojis that convey patriotism and celebrate active-duty personnel,” explained Grogan Schmexel (pronouns: xi/xim), Apple’s purple-haired Chief Inclusion Officer. “But there is nothing explicitly for veterans. So we decided to set up a new emoji line just for vets. We polled all of the veterans who work for Apple in the entire company of 154K employees, and all three of them agreed on these representations.

The initial offerings in the “Thank You For Your Service” line feature “Stressed Single Mom” and “Basic Fat Bearded VetBro.” “He’s not pregnant, it’s just a food baby,” Schmexel explained. “Well, I mean I don’t want to assume anyone’s gender…”

When we put these new emojis to the test among Art107 readers, the results were unanimous: “A fat, bearded dude and a stressed-out pregnant single mom? Yeah, this is the most accurate representation of Vet Life that I’ve ever seen.”