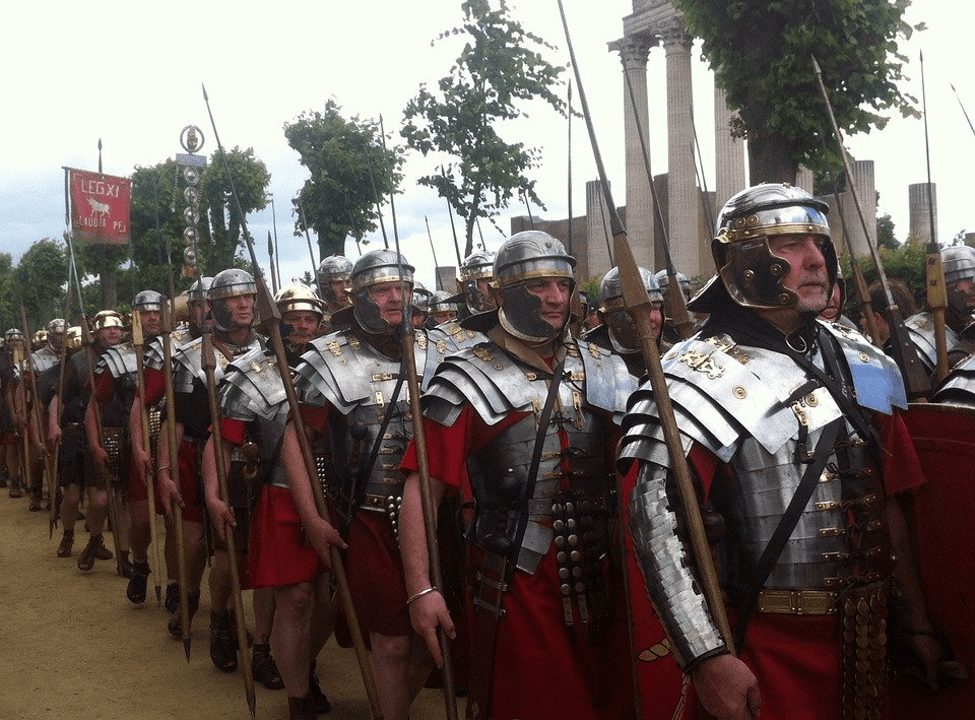 In late 2019 Italian archaeologists uncovered a treasure trove of ancient Roman documents dating to the 1st Century C.E. (that’s similar to A.D. for the rest of you uneducated slime balls) in an ongoing excavation in modern day Spain. Among the find was a transcript of a training session that was held at a Roman army training camp sometime around 80-90 C.E. The translation follows.

The words spoken by Centurion Martellus Maximus to the assembled Legion. Recorded by Lucius Gaius, administrative scribe to Legio XII encamped in Espania.

“It has come to my attention that some of you men have not behaved correctly in the nearby villages when on pass. There have been reports of drunkenness, damage to property, salty talk, carousing with the women-folk and general lack of military deportment. This behavior is not befitting of those representing Caesar and the Republic of Rome. The Senate and the people of Rome expect better of their professional soldiers.

Additionally I have heard that many of you have taken to getting lewd tattoos and also painting pictures of naked women on the backs of your shields. This is demeaning to women and the population of countries we are intending to attack, conquer, and subjugate find this highly offensive. The last thing we want to do is offend these peoples. You have all had your required sexual harassment training and yet you scum still don’t seem to be able to get it right. So what that these people practice cultic prostitution, it’s still not an excuse. They have feelings you know.

Then there is the issue of the salty language. Are you just uneducated animals or what? The Legate’s mistress almost fainted at some of the stories that were being told around the cooking fires last night. Nobody wants to know how “big” you are or how many females have succumbed to your charms. And the Legate personally complained to me that it took him considerable energy and most of the night to get his mistress calmed down enough to where she would sleep.

And the busted up taverns, piss in the streets, and fist fights with the locals are just becoming a stain on the professional reputation of this Legion. And the graffiti in the villages??? Why must it all be salty language and representations of male and female genitalia? We all have them people, don’t be so infantile!!! And it’s quite disturbing to all of us in leadership that male genitalia seems to dominate the depictions. Personally it makes me afraid to sleep with my back to the tent flap!

All of these shenanigans are going to stop now. We are above this sort of behavior! So henceforth all military training and operations are halted and the Legion will undergo a rigorous 8-week series of training sessions on how to behave in public and not offend those around us. Anyone not successfully completing the training will be mustered out of the Legion. I am not taking any questions because this is non-negotiable. You will become a civilized and polite fighting force that Rome can be proud of. You are dismissed!” 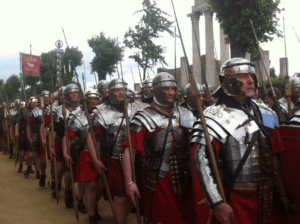