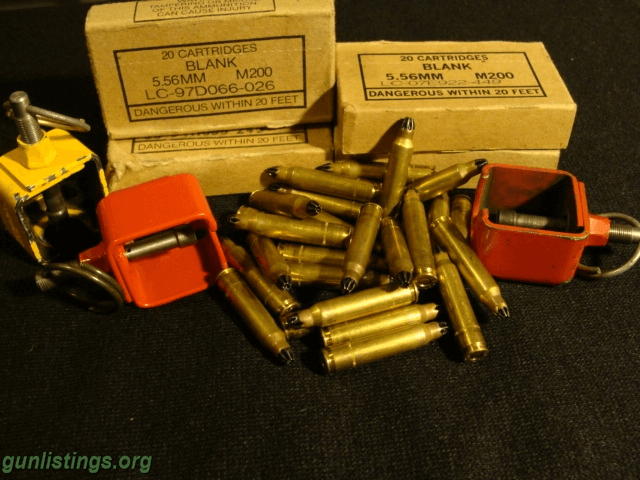 WASHINGTON D.C.- While several contentious efforts at gun control failed in the Republican-controlled House of Representatives in recent months, a rare bipartisan Congressional compromise ensured that one particularly lethal form of ammunition is off our nation’s streets for good.

“At simulated crime scenes and mock battlefields across the country, we’ve seen more and more of these M200 “Purple Tip” rounds,” explained Senate Majority Leader Mitch McConnell. “Moreover, this military-grade assault ammunition is shockingly unregulated. If you go to the “back 40″ training areas at literally any of the U.S.’s military’s training bases, you will  find Purple Tips by the case load tossed into dumpsters, pitched into creekbeds, hidden in the bushes, or stuffed into amnesty boxes all over post. ”

Even staunch gun rights advocate Sen. Dianne Feinstein agreed with the ban. “Every Marine I’ve ever met (well, all two of them) told me that at one point or another in their careers they each had a case of the stuff in their garage. Each. The military has so much of it that troops are literally throwing it away on training missions. What a waste. Everyone knows we need that money for Obamaphones.”

“Soldiers are so careless with this ammo that they sometimes forget they have it in their gear, and bring it home with them,”added Bette Midler, even though nobody asked her. “To their homes. Where children live. Can you believe that? THINK OF THE CHILDREN!!”

The M200 Purple Tip bullet, known as Bullet, Lethal Assault Night Killing System in military parlance, is indeed lethal. Soldiers who we spoke to told us that they have been “killed” by the M200 Purple Tips and its guidance system, the Multiple Integrated Laser Engagement System, more times right here in the U.S. than by anything they’ve ever faced in Iraq or Afghanistan.

Among members of the military, reactions to the announced M200 ban were mixed. “Hell yeah, ban all them shits!” exclaimed Specialist Leroy Nelson, of the Army’s elite Third Infantry Division. “Let’s go back to the days where we just yelled “BANG…BANG” and it didn’t take all freakin’ day long to clean weapons when we came back from the field.”

Among the Officers’ Corps, reactions were more tepid, perhaps reflecting changing societal norms. “You people are idiots,” said Captain Rich Wampstead, without further explanation, when we asked him about the M200 ban.

Democratic lawmakers were particularly proud of themselves for sneaking in a ban on private ownership of M200 silencers. “Yeah, you see, these little red and yellow steel boxes adapt the weapon system to shoot Purple Tip,” explained Staff Sergeant Francis Francisco, a Weapons Sergeant with Operational Detachment Alpha (ODA) 3333 at Fort Bragg, North Carolina. “It’s what you might call a gas impingement system. The red box fits over the end of the barrel and slows the bullet down enough to make it silent-er. So not only are M200 with MILES lethal in a training environment, the silencer makes it so quiet that you don’t even need ear protection.”

While any type of restriction on anything gun-related generates howls of protest from far-right gun nuts, we are proud of Congress for having the guts to ensure that only law enforcement and the military has access to these weapons of brass destruction. No longer will intrepid reporters develop “temporary PTSD” from the simple act of firing this terrible ammunition. And America is now that much safer for our children. M200 Purple Tip off of our streets for good.

Yeah bro, we know that those are blanks and blank adapters. That’s what makes this article funny…almost as funny as you coming up with a dumbass comment about it before reading the article and realizing it’s satire. Dumbass.

Credit to the Girls for Gunslingers page on Facebook for inspiring this article.